It’s every parent and teacher’s nightmare, their child has bitten another. What are some reasons why toddlers bite? Biting probably contributed to the “Terrible Twos” stereotype as it’s around this age when biting becomes prevalent. While it’s a nuisance, remember that biting is normal at this point in their lives.

Children bite from the time they are infants. However, once they become toddlers with a mouth full of sharp, little teeth, biting becomes more noticeable and not so cute. Toddlers are aware they are no longer babies, but with their limited vocabularies they have no other way to express themselves, so they resort to acting out.

Understand that biting doesn’t mean a child is “bad”, but they do need redirection to know that biting will not get them what they want. Knowing some reasons why this happens will help you in your redirection and prevention of it happening again.

Yes, toddler’s get overwhelmed…a lot. They may be overstimulated, adjusting to a new environment, or scared. Toddlers may even bite when they’re bored. It’s the first thing that comes to mind for some. If a toddler is biting, check if the environment may be too overstimulating. Toddler teachers may want to keep an eye on new students because they may bite to cope with the situation. Many times, children bite when they spend extended periods in close quarters. They may just need some space.

When a toddler is biting, they may need some redirection to a quieter activity (like looking at a book), a nap, or a snack. You’re not rewarding them for bad behavior, but addressing a need they are unable to address verbally. You as the caregiver can best assess if a toddler is biting because they are overstimulated.

2. They Are Angry and/or Frustrated

The most obvious reason why a toddler is biting is that they are angry. Biting is most common in toddler classrooms because it’s the age right before verbal communication develops. Since biting is an act of aggression, it’s more common in boys than girls. Little boys tend to have smaller vocabularies and they are physically stronger. A Montessori-trained early childhood educator says a child “is learning words to express himself and suddenly cannot find the right ones. Instead of using his mouth to speak, he uses it to bite.”

Biting could be the result of pent-up frustrations. Sometimes, if something happens to upset a child they may be prevented 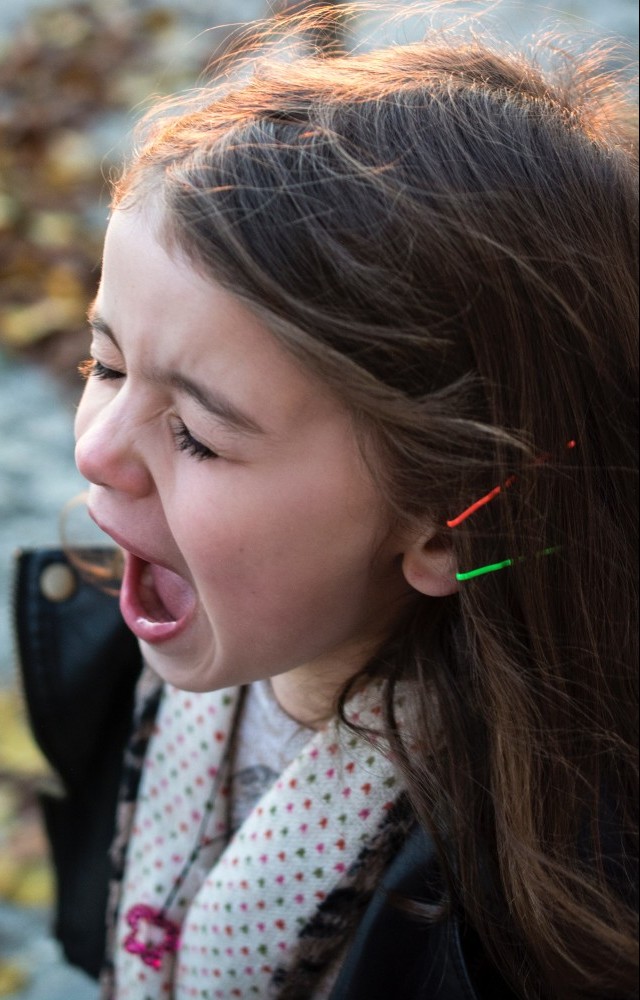 from crying it out by well-meaning caregivers. Once they get to daycare the next day, the frustrations come out in the form of biting. While adults know of ways to handle stress, a toddler doesn’t. He is overwhelmed by these new feelings and he doesn’t know how to handle them.

It doesn’t take long for a toddler to realize that biting hurts. They don’t consciously say in their minds “I’m going to hurt this person”, but they know that biting will get attention…which brings me to my next reason.

Sometimes they just want the caregiver to notice them. Toddlers may bite if they aren’t getting the kisses and cuddles they desire. When children act out, they figure that some attention is better than none, even if that attention is negative. They can’t yet say “Mommy (or Daddy), play with me.”, so they figure a nip will do the job. Sometimes biting increases when parents get jobs or there’s the birth of a new sibling. If you notice these behaviors, realize that your child may be trying to tell you something.

If you notice increased biting combined with these symptoms, try giving them some cold water to drink or chilled teething toys. You can also rub their gums with your finger. Avoid infant teething biscuits because they can cause tooth decay if your toddler sucks on them all day. Also, stay away from the cold carrot trick, now they can bite some off and choke.

I once supervised a class where a boy repeatedly bit a girl on the cheek. I knew he was fond of her but I didn’t understand why he always tried to bite her. Finally, his mother explained that she gave him “biting” kisses where she would gnaw on his cheek. Of course, he didn’t understand the difference and confused kissing with biting. It explained why this sweet little boy would bite his friends out of nowhere. He was trying to show affection.

First, you should avoid “biting” kisses :). Your toddler will get confused and imitate the behavior with their friends, not understanding why their friend is screaming when they were being nice. It may sound strange, but we as humans have a natural tendency to be aggressive when we see cute things. How many times have you “pinched” a baby? Or grabbed and 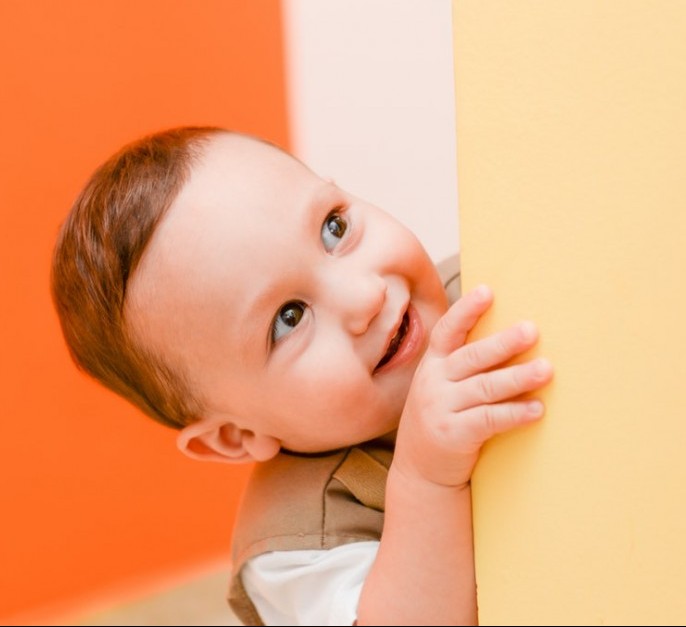 rubbed your puppy or kitten?

Even though your child is trying to be nice, you need to redirect them when they bite. Try this. If your child kisses with their teeth, look them in the eye and firmly say “don’t bite”. (If you smile or laugh, they may not get that what they’re doing is wrong.) Then say “kiss” and give them a normal kiss on the cheek. If you repeat these behaviors, they will learn the difference between kisses and bites.

Dos and Don’ts for Handling a Biter

When Your Child Gets Bitten

What if your child is the victim of a bite? Its easy for the Mama Bear to come out in us when someone has hurt our child, but try to remember that there’s a reason why the bite happened. Toddlers don’t consciously decide to hurt someone, and sometimes it can come like a cough. They do it without thinking. 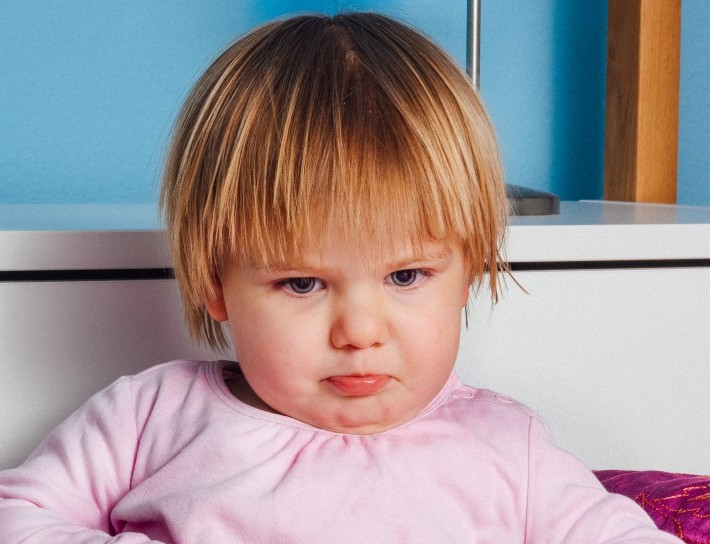 If you know who bit your child, don’t blame the child or their parents. This happens all the time, regardless of upbringing or background. You should also understand that biting is temporary and usually subsides once a child’s vocabulary develops, which is why biting is less prevalent in preschool.

If your child gets bitten at daycare, try to find out exactly what happened. For privacy reasons, they won’t be able to tell you who bit your child, but you can get the gist of things and if the teacher did what they could to stop it. If it happens once or twice, it’s probably not a big deal. However, if it happens repeatedly, speak with the director of the daycare center. They will then contact the child’s parents to get more information on why this is happening and how to stop it. A chronic biter may need to be removed from the classroom for the safety of other children.

Toddler biting affects us all. Remember that children want to express themselves and it’s a normal occurrence at this age. Give your child plenty of kisses and cuddles, redirect them if they are getting overwhelmed, and make it clear that biting will not get them what they want. Most importantly, if your child bites another, it’s no reflection on you or your parenting. There are many reasons why one child may bite but another doesn’t. Do your best to assess why it’s happening and what you can do to prevent it from happening again. Eventually, it will pass. 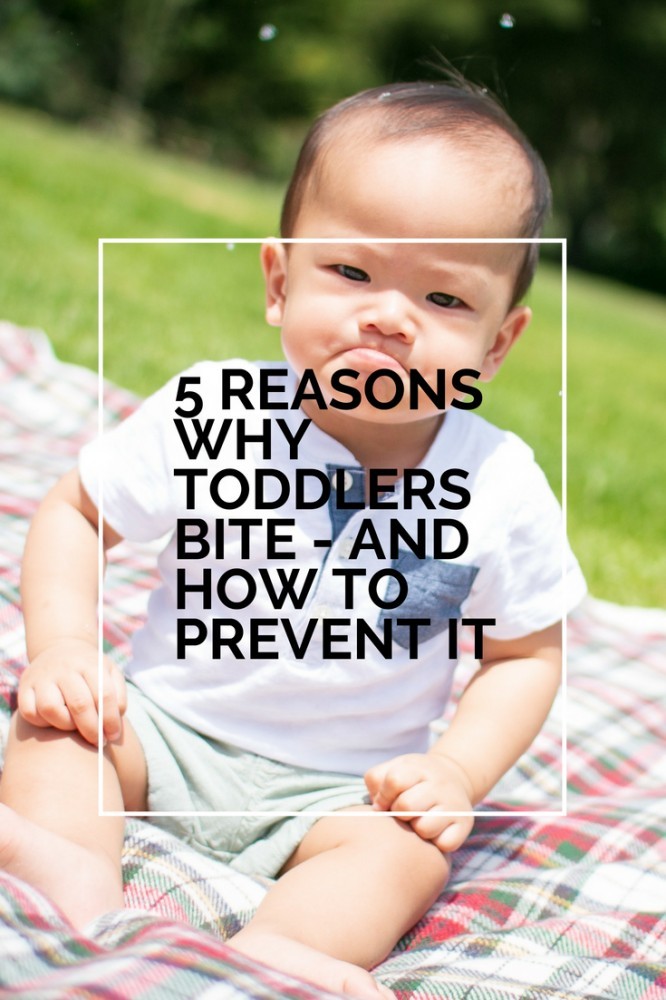