Are you looking for great toddler books that will keep your little one entertained and help them to develop an early appreciation for reading? What you need to do is make sure that your toddler has a well-stocked library in their home. They should have plenty of books available for story time and independent “reading”.

Some of my best childhood memories include visiting the library with my mother. She regrets letting me take out so many books at once (it’s a habit I still fight to this day), but I’m thankful that she made books a big part of my life. Of course, I also had my own go-to books at home that I still remember.

The books that you keep for your toddler don’t have to be new. We all remember our favorite children’s books. Many of them are considered classics and were written decades ago, yet they still capture children’s hearts as if they were written yesterday.

Here are some of those unforgettable classics that your toddler will enjoy developing a new appreciation for. Also included are some newer books that your child may help become a classic. Each of the books on this list are available in board book editions so your toddler can enjoy it over and over again.

Many of the books listed are the first of a series. Get the box sets and enjoy your favorite characters even longer! 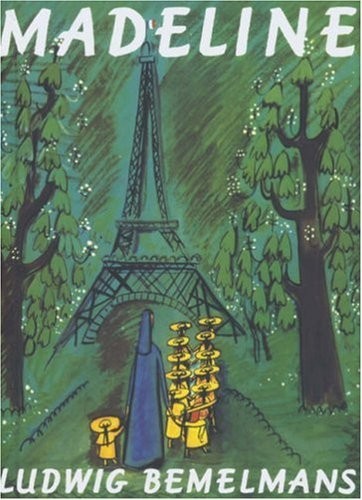 Oh, Madeline! This was one of my favorite books when I was young. In 1939, Ludwig Bemelmans published the first of a series of picture books about an orphan girl who lived in a boarding school in Paris. The poetic style of the writing will make it easy for your toddler to memorize, and it makes for perfect bedtime reading. This classic was adapted into a television series, a movie in 1998, and grew to include many accessories, including a sticker book and dolls.

Get the treasury and enjoy all of the classics in one book. 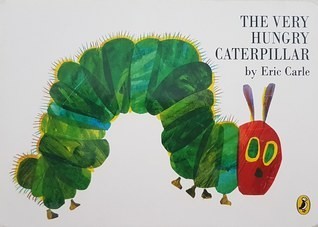 Eric Carle will be a repeat author on this list, as he’s contributed to over 70 children’s books either as an author, illustrator, or both, many of which are now considered classics. The Very Hungry Caterpiller was initially published in 1969 and deserves a place in every child’s personal library and classroom. The board book features flaps that allow your child to interact. It teaches days of the week while providing a few laughs. 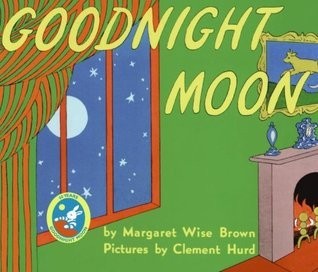 It’s safe to say that we’ve all been exposed to Goodnight Moon in one way or another growing up. If it wasn’t in our homes, we knew someone who had it, or it was read to us at school. Initially published in 1947, this book is about a bunny who takes the time to say goodnight to every object nearby. It’s actually a poem by Margaret Wise Brown. Goodnight Moon is the second in a series that also includes The Runaway Bunny and My World . Enhance your library by buying all three! 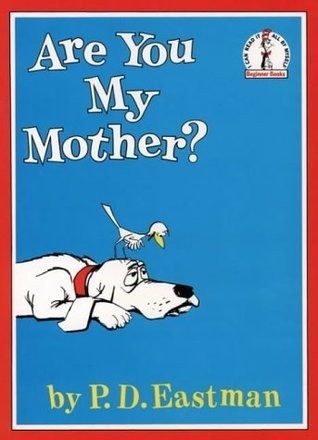 Yet another childhood favorite of mine. This is the first book I remember my parents reading aloud to me. Although written by P.D. Eastman in 1960, this is a beginner book edited by Dr. Seuss. It’s about a baby bird who visits various creatures asking the title question before finally finding his mother. The repetitive nature of the book makes it easy to memorize. The Dr. Seuss Beginner Books encourage children to read by themselves, with illustrations giving clues to the text. It emphasizes the bond between mother and child. It’s a must-have for any first library.

5. I Love My Daddy Because… by Laurel Porter Gaylord and illustrated by Ashley Wolf 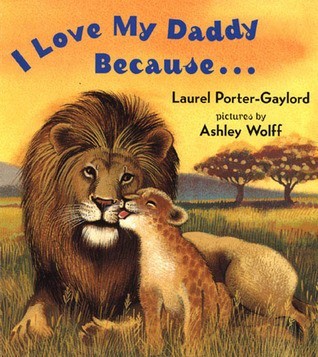 Fathers aren’t to be forgotten! Toddlers can cuddle and bond with Daddy with this special book written just for them. It starts with a relationship between father and child before venturing off to parent-child relationships with other animals. The animals each give reasons for loving their daddies while teaching children about different animals and how they interact. For example, the eagle says “he is big and strong” and the lion says “he takes naps with me”. The bright illustrations and simple language make the book easy to understand and love. 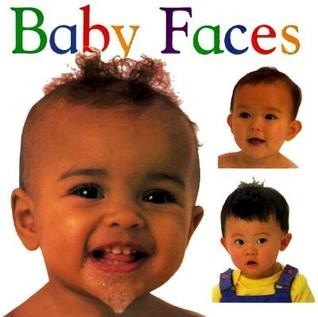 It’s important for children to have visual of other children, especially children their own age. Baby Faces by DK Publishing is the perfect book for your toddler’s introduction to emotions. Baby Faces features simple baby images with descriptive emotion words. You will enjoy reading the images and watching your child imitate the pictured emotions. The bright colors and small size will definitely interest your child. 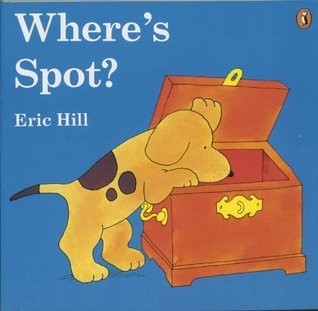 Where’s Spot? is another classic on this list. The first edition was published in 1980 by Eric Hill and has been on children’s bookshelves ever since. Where’s Spot is a lift-the-flap book that helps children learn directions such as over, under, in, etc. Where’s Spot? is the first in a series of books by Eric Hill, all featuring their new furry friend. In 2000, Hill launched funwithspot.com, a fun, interactive website that your child can play with and have more fun beyond the pages.

Initially published in 1967, Brown Bear, Brown Bear, What Do You See? is a book that your toddler will enjoy having read to them over and over again. This was one of my favorite books to read to my preschool class because the entire class knew it by heart. It was so much fun to hear all the little voices recite the rhymes together. Your toddler can start out with the board book, and graduate to other editions that cater to older children, including discussion questions. This book teaches your child about different animals and colors while including vibrant images. Brown Bear is a part of the Brown Bear and Friends series by Bill Martin Jr. and Eric Carle.

Get the series in the 50th-anniversary box set. 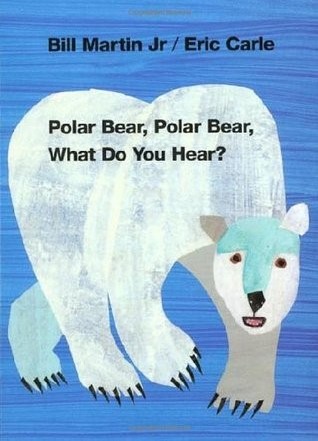 10. From Head to Toe by Eric Carle 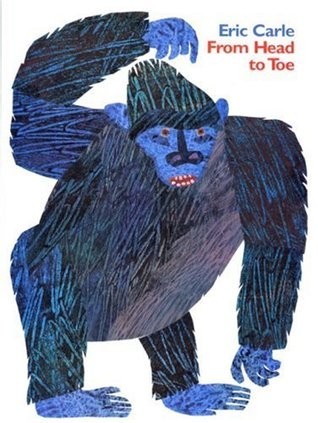 Published in 1997, from Head to Toe encourages children to get on their feet and imitate the moves of their favorite animals. Reading this book will help them to develop gross motor skills when the animals in the book invite them to imitate their moves such as turning their head and raising their shoulders. They also learn animal names and body parts while they get some exercise.

11. The Pout-Pout Fish by Deborah Diesen and illustrated by Dan Hanna 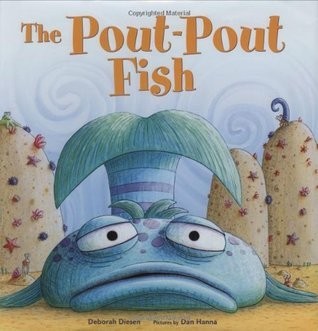 Published in 2008, The Pout-Pout Fish is a New York Times Bestseller to add to your toddler’s book collection. I was already an adult when the Pout-Pout Fish emerged, but it’s now one of my favorite children’s books. The first of a series, your toddler will love reading the adventure of this “pouty” fish while also exploring emotions. This book is written in rhyme form that children love, and they’ll be captivated by the bright illustrations. The repetitious nature of the writing will have your toddler reciting the rhymes with you as you read.

12. I Love You, Stinky Face by Lisa McCourt and illustrated by Cyd Moore 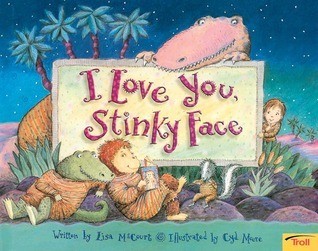 A great book about the strong bond between parent and child, a mother explains that she would love her child even if he were a big scary ape or a smelly skunk, among other things. With some humor incorporated, you and your toddler can share a laugh while learning about some animals. Part of a series by Lisa McCort, you can collect all of the Stinky Face books and enjoy nights of bedtime reading. 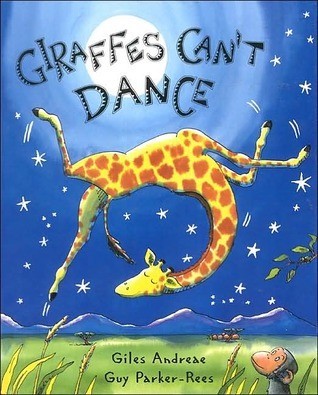 Initially published in 1999 by Giles Andreae, Giraffes Can’t Dance has been a popular choice ever since. Giraffes Can’t Dance is about a giraffe named Gerald who wants to dance so badly, but there’s one problem…he’s a giraffe. With bright, funny, illustrations and a playful rhyme tone, your toddler will love hearing the story and identifying the different animals in the pictures. They will also learn a lesson about being able to do anything they want to. 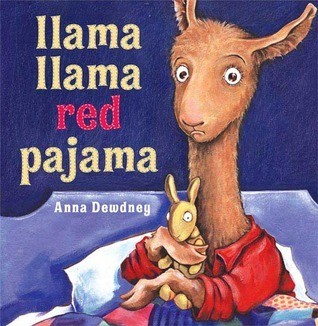 Another one of my favorites as a preschool teacher. The first of the Llama Llama books published by Anna Dewdney in 2005, Llama Llama Red Pajama has become a new classic. A great bedtime story, your toddler will identify with Llama Llama as he faces situations similar to theirs. Other books in the series such as Llama Llama Misses Mama and Llama Llama Time To Share will teach your child life lessons while entertaining them with the fun rhymes and illustrations.

Try the box set and read all of the Llama Llama books. 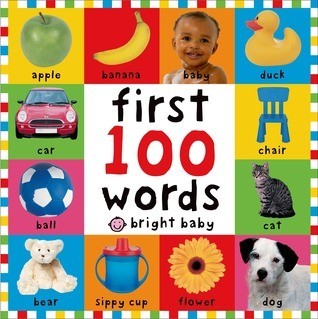 Baby’s first dictionary. This book is a great introduction to words with real-life photographs accompanying. By going through this book, your toddler will quickly learn the names of items they see every day and develop language and reading skills. Your child will love looking at the photographs and recognizing objects.

Try the box set which includes numbers and shapes and animals. 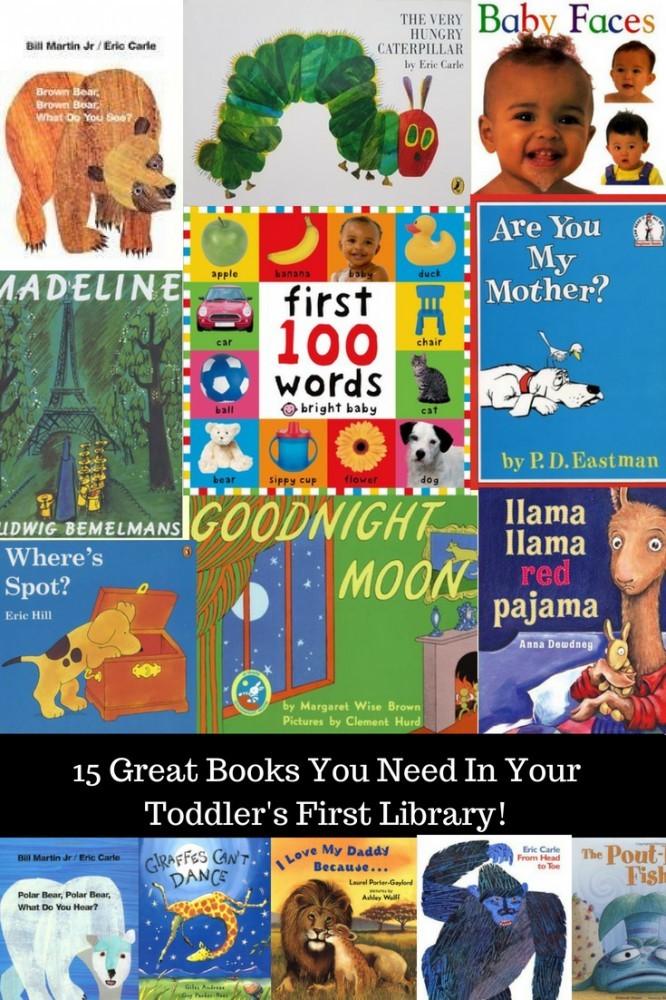 Monday Minute July 9-15: From Generosity to the French Revolution
Teach Generosity: 50 Nice Things Your Child Can Do For Someone