If you’re a parent or educator who wants to teach your child to be inclusive of everyone they meet, you should consider adding some of these Pride Month books to your collection. Your children may notice hightened LGBTQ+ love during the month of June and they’ll probably have questions. A story book is a great way open up conversation. Personally, I was surprised at all of the books that are on the market right now.

This post will provide you with some suggested books to read with children during Pride Month, appropriate for all ages. 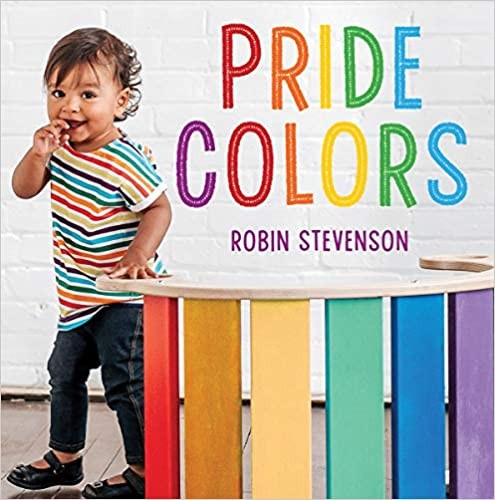 This is a great book for children of all ages, particularly the very young. It’s a good way to learn about different colors and the LGBTQ+ culture at the same time. Pride Colors explores the meaning behind each color of the rainbow flag. The ultimate message is that you’re free to be who you want to be.

And Tango Makes Three by Justin Richardson and Peter Parnell 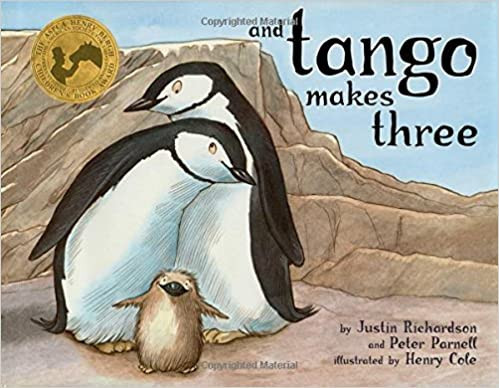 And Tango Makes Three was selected as a Lambda Literary Award Finalist and an ALA Notable Children’s Book Nominee. This book teaches the real meaning of family through two penguins at the Central Park Zoo who started a nontraditional family of their own.

It’s Okay To Be Different by Todd Parr 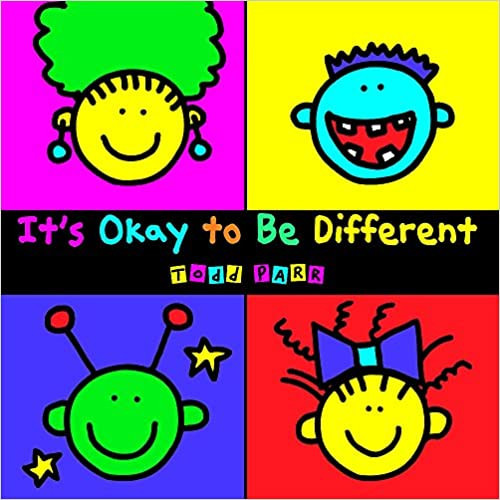 It’s Okay to Be Different is written for new readers, and specifically targets them with silly pictures and bright colors. This book opens the way for social-emotional lessons and reminds children that it’s okay to be themselves, no matter who they are.

In Our Mothers’ House by Patricia Polacco 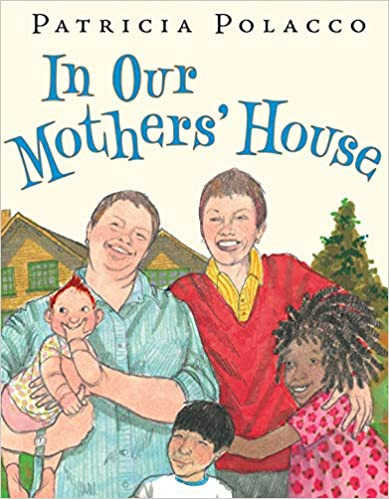 Patricia Polacco writer of beloved Chicken Sunday brings us In Our Mothers’ House. This is a cute story about a house on the block with no dads. These two mothers teach thier children that different doesn’t mean bad.

Pride: The Story of Harvey Milk and the Rainbow Flag by Rob Sanders 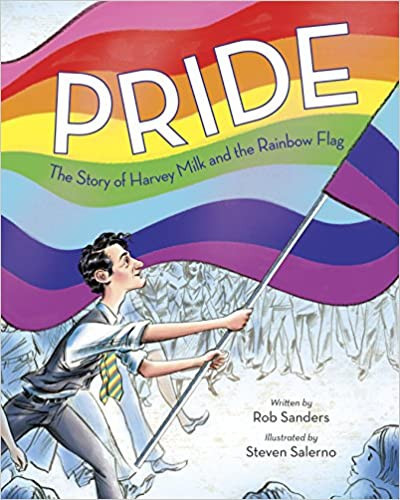 This is a good biographical story about activist Harvey Milk’s design of the rainbow. In this story, readers learn about the history of the pride flag and the meaning behind it. They also learn about the way it’s helped culture since its beginning in 1978.

King and King by Linda de Haan and Steven Nijland 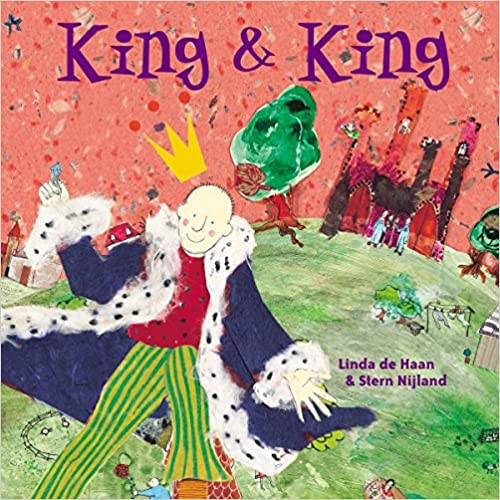 The queen tells the young prince that he must marry to carry on the royal name. The prince makes the confession that he’s “never cared much for princesses.” He instead finds a young prince to marry, adding a new twist to an old story.

I Am Jazz by Jessica Herthel and Jazz Jennings 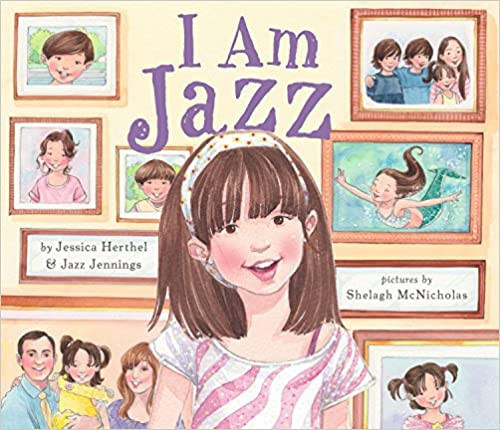 Young Jazz has known she had a girl’s brain since she was two, but she was biologically a boy. This story is based on the true story of reality star Jazz Jennings. It provides an insight to gender identity appropriate for even the youngest of audiences. 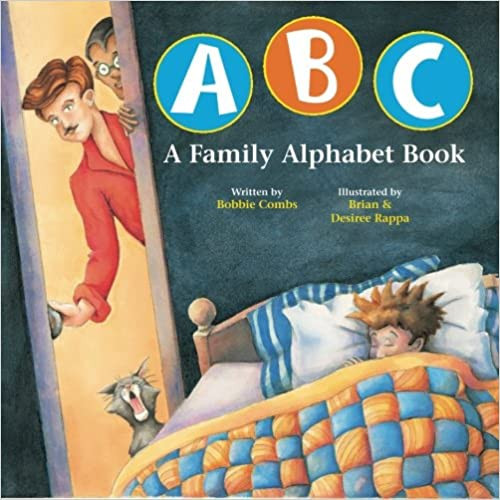 A story to teach children about LGBTQ families while reviewing the alphabet. This story is admirable because it doesn’t focus on the fact that the family is different, but it’s their normal. It allows children of LGBTQ families to see themselves represented in a fun story book. 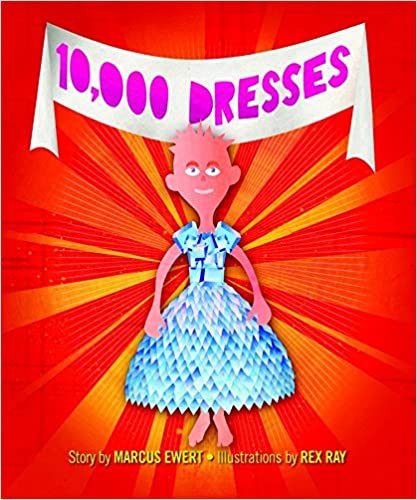 Young Bailey dreams about beautiful dresses every night. However, when he wakes up he’s reminded that he shouldn’t like dresses because he’s a boy. Bailey meets a friend who helps him realize that it’s okay to like what he likes and be who he is.

This Day In June by Gayle Pitman 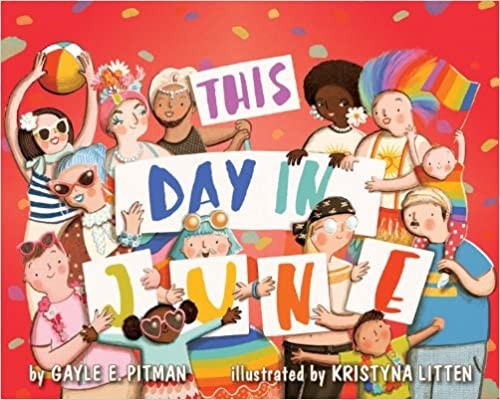 This colorful story uses rhymes to convey the feelings at a Pride Parade. This Day In June was named one of the Top 11 Most Challenged Books in 2018 by the American Library Association. It is also a winner of the 2015 Stonewall Book Award.

Remember, no matter what your personal beliefs are, there’s no doubt that our children are in a new and different world. Covering social issues not only helps them to learn about others, but themselves as well. Consider some of these books to read with children during Pride Month and open up the floor for discussion and questions.

“Why Does Johnny Have Two Mommies?”